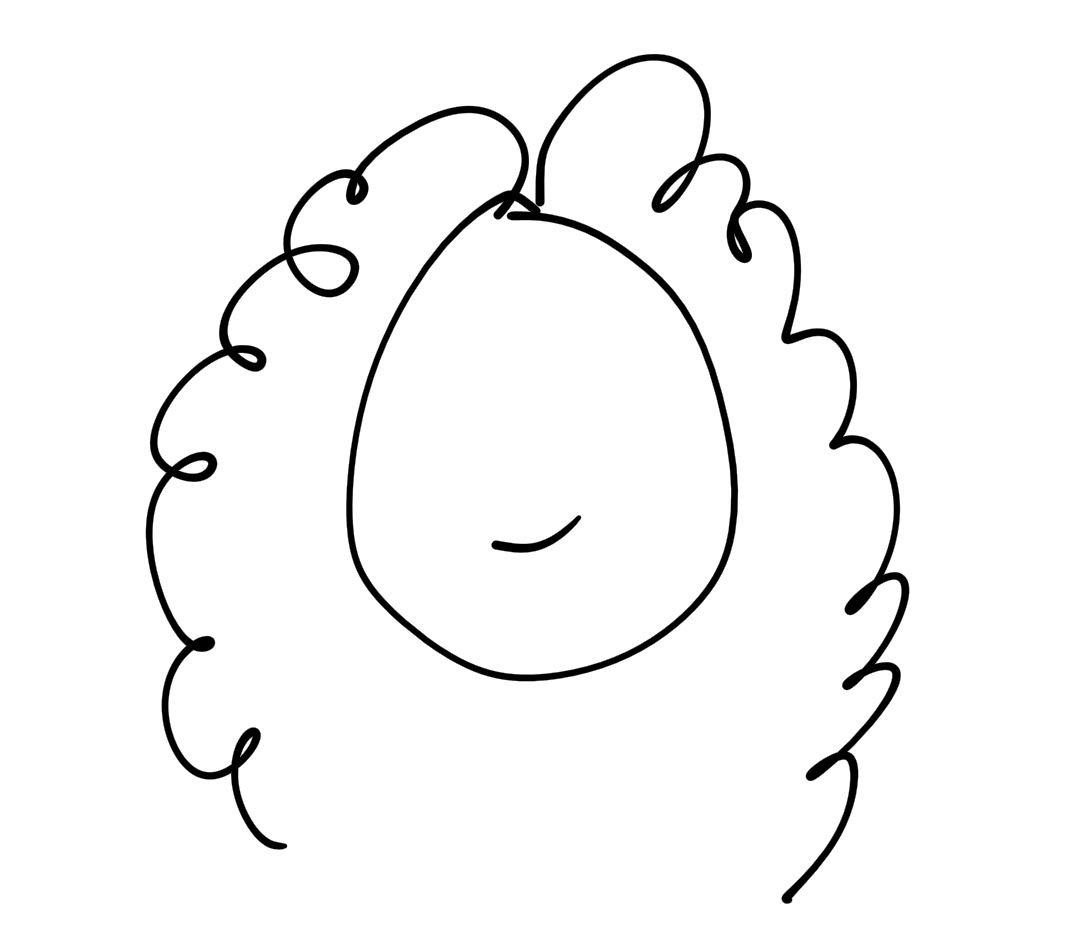 I majored in both Arabic and Computer Science in college, and regret that I didn’t spend more of my time experimenting with the overlap between those two fields. I’d love to learn more about how computer science is taught in Arabic speaking countries. I’d also like to do technical work with Arabic, such as writing an Arabic language compiler. The project ﻗﻠﺐ (pronounced ‘Qalb’) is a Scheme-like interpreted language entirely in Arabic. It’s a really interesting project, particularly because it incorporates Arabic calligraphy in the language, combining the technical process of writing code with artistic output.

I’m not quite ready to make an Arabic compiler (though after taking Berkeley’s compilers class I might be a little bit closer to ready). Instead, I decided to make an Arabic transliterator. When I had to type papers in Arabic, I would change my keyboard to be Arabic, then hunt and peck for the right keys. Using a transliteration program would be a lot faster. I also decided to implement my program in Golang.

To explain how the transliterator works, I need to explain a little about how Arabic works. There are 28 letters in Arabic. Some of those letters are consonants, and some of them are long vowels. “Long” just means that when spoken, the vowels are stressed. In addition to those letters, there are short vowels. Short vowels float on top or below of the main 28 letters.1

So, there’s Unicode for the 28 different letters, as well as Unicode for the short vowels. Arabic is written right-to-left, but Unicode is interpreted left-to-right. That means that the first letter in an Arabic word (aka the rightmost character) should be the leftmost Unicode element.2 So, the Unicode corresponding to ع ر ب is

where (U+0639) is the ع in that word. That word is written without the short vowels. So even though it’s pronounced “araba”, nothing about the way it’s written tells you about the pronounciation. If you wanted to distinguish “araba” from “ariba,” you would need to add in the short vowels. The vowels go on top of each letter as combining characters. Because of the right-to-left nature of Arabic, the combining character must be to the left of the character that it’s on top of. So, to provide the proper vowels we would use the Unicode

Except there’s one thing I haven’t mentioned yet. Arabic words have each letter connected, forming a cursive-like script. Except, unlike in English, there’s no such thing as non-cursive writing. The words I listed above are actually meaningless, because the letters aren’t connected. Oftentimes, word processors recognize that the letters should be connected and switch the letter to be the proper, connected form. But sometimes, it doesn’t happen.

Each letter in Arabic has 5 forms. We’ve been using the general Unicode so far. But to insure that the text renders correctly, we should be using the extended forms. Letters can be in the front of a word, in the middle of the word, or at the end of a word, and there are 3 forms per letter corresponding to those locations. There is also an isolated form, which is equivalent to the standalone general form.

Now that we understand how Arabic letters work in Unicode, we need to start thinking about how they can be represented in English. There are two issues that make transliteration challenging:

This makes the mapping from English to Arabic more difficult. Thankfully, I didn’t have to figure out a scheme myself. I used the Qalam transliteration system, which is known for its simplicity. It’s fairly intuitive for me to think of an Arabic word, then find the proper English representation in this scheme.

Here are the short vowels and other diacritics:

Using the transliteration scheme, we can write ََﻋَﺮَﺏ as `araba. Not too different from what we started with!

Alright, this provided some intro and background on the problem I was hoping to solve. Look for part 2 where I delve into Golang and the code I used to make my transliterator.

2: I’m not going to get into punctuation and Unicode bidirectionality.

3: Here’s some discussion of that image.

a: Sort of. But for this post, let’s assume that’s true.

I’m a teaching assistant for Berkeley’s undergrad computer security course, and I was given the assignment to prepare a week of section material for the class. This section would be on the details of TLS. After rigorous searching, I was unable to find any diagrams accurately describing the TLS handshake. The diagram didn’t need to be perfect, and it certainly didn’t need to describe every possibility of error during the handshake. But it should at least be accurate. The best diagram I could find omitted “mod p” from the Diffie-Hellman parameters, said the client and server sent hashes instead of MACs, and didn’t describe the separate encryption and integrity keys that were derived from the premaster secret.

So, I decided to make my own diagram. Forgive my crude LaTeX, but the diagram does its job.

You can get the LaTeX source here: tls-diagram.tex

I'm Quitting my Job at the NSA Due to Donald Trump.

On November 7, 2016 I knew what the next 5 years of my life would be. I was going to graduate in May from the University of California, Berkeley with a double major in Computer Science and Arabic. I would get a masters in CS from Berkeley in May of 2018 and then return to the National Security Agency to work for the next 4 years. On November 8th, I had no idea what would happen.

I was a member of the Stokes Scholarship program for the NSA. The government paid the majority of my college tuition, and in exchange I spent my summers interning for the Agency and after graduation (and 1 year on leave without pay) I was obligated to work for the NSA for 4 years. The program was an incredible opportunity. I accepted the offer in May of 2013, just after the Snowden leaks began. At the age of 17, I committed the next 8 years of my life to an institution which was deemed a threat to civil liberties by people all around me. I decided to attend orientation at the Agency before determining if I would stay in the program or not.

I remained conflicted even after the orientation, but I was too fascinated to quit. The work was too interesting to leave, and I knew I would regret it if I never gave myself the opportunity to learn. So I stayed and interned for 3 summers. I loved the work. I loved studying computer security with some of the most elite minds in the field. I built software that mattered, that had the potential to save lives and livelioods. The ethics of my work weren’t black and white. I felt a lot of guilt for enjoying my job as much as I did. There are clear problems with the military industrial complex using bulk data collection to control and target individuals. The casual Islamophobia of my coworkers, people I thought of as friends, was sickening. This racism is not excusable because of the need for security. I believe reform of the Agency’s domestic surveillance (either advertantly or inadvertantly) should occur. I think the culture within the Agency needs to shift. But I also think there are violent threats, which often cannot be stopped without signals intelligence captured by the Agency. I think these benefits are more defensible than goinng to work in finance. I believed I was doing more good at the Agency than I could elsewhere.

In my third summer, I signed up to join the Computer Network Operations Development Program, an elite, 3-year training program for hackers and defenders. This had been my goal since my first summer, and I was thrilled to achieve it.

But after the election of Donald Trump, I cannot return. I’m terrified of the threat he presents and I am sickened at the thought of working under him. If Marco Rubio, or John Kasich, or Jeb Bush were elected I would have gritted my teeth as I passed their picture in the hallway, but I would have continued to do my job. Trump is categorically different. I’m scared that the vast powers of the NSA will shift to primarily and intentionally targeting Muslim Americans and illegal immigrants. Years from now I can’t tell my kids that I was working in the DOD during Trump’s tenure. I cannot serve him. I was good at my job and I loved the work. But because of President Trump, I cannot work at the NSA.

This essay was deemed UNCLASSIFIED and approved for public release by the NSA’s office of Pre-Publication Review on 11/16/2016 (PP 16-0742).

A year and a half ago, I got the incredible opportunity to shoot a Code.org video. A couple months later, the video was published and watched by thousands.

If you’re not familiar, Code.org is an organization that works to increase computer science education:

Code.org® is a non-profit dedicated to expanding access to computer science, and increasing participation by women and underrepresented minorities. Our vision is that every student in every school should have the opportunity to learn computer science, just like biology, chemistry or algebra.

My original video described how encryption operates. Clips of me were also used for a second video promoting the Hour of Code.

Filming these videos was amazing. I’m so thankful for Code.org’s trust in me. It’s absurd to see myself along with Malala and Sheryl Sandberg (as my mother said, they look like my “gal pals”).

I got a lot of great feedback on the videos. I was also told by a stranger that I look like Eddie Murphy, but I’m trying to take it as a compliment.

The Eddie Murphy comparison wasn’t the only surprising response. Every time one of the videos was shared, I would get a new round of emails, Twitter direct messages, Instagram followers, and Facebook friend requests. All from men. That is not an exaggeration, I was contacted over a hundred times, only from men. My Twitter, Facebook, and Instagram are all private, yet the same men would email me, then follow me on any social media platform they could find. Many messages asked if we could meet in person. None of the messages included a specific question or reason for contacting me, instead they described an interest in “learning more.” I really do appreciate the appeals for information and connection, and I do not believe that all or even most of these people had any malicious intentions. But the way they virtually approached me, their insistence and fervor, felt threatening.

So, I present suggestions for reaching out: